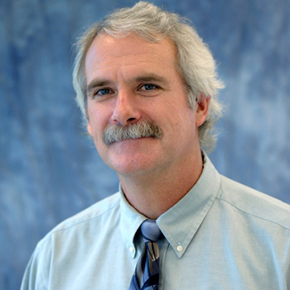 Jerome Robert Dunklin, M.D., was born and raised in Fresno, California, where he graduated from San Joaquin Memorial High School and was a member of the 1974 Valley Championship football team. He then attended Fresno City College, Santa Clara University in Santa Clara, California, and graduated with a Bachelor of Science degree in biology from Creighton University in Omaha, Nebraska. While in college, he participated in rugby, which he played on both the West Coast and in the Midwest.

Jerry was accepted into medical school at Creighton University and graduated in 1985. After medical school, he continued his study of medicine as a transitional intern at the Michigan State University Kalamazoo Center. After completing his internship in Michigan, Jerry was accepted into the orthopedic surgery residency program at the University of Missouri in Kansas City where he trained under Dr. Ken Lambert, who developed the modern technique for ACL reconstruction. During this period, he also worked with the team physicians for the Kansas City Royals and Kansas City Chiefs. After serving on the faculty of the University of Missouri in Kansas City, Jerry completed a fellowship in sports medicine and ski trauma at the Tahoe Fracture and Orthopedic Medical Clinic with Drs. Randy Watson and Keith Swanson. The Tahoe Fracture and Orthopedic Medical Clinic is where Dr. Richard Stedman pioneered his successful program in sports trauma and reconstruction.

Jerry returned to Fresno in 1992 and founded a solo practice in orthopedic surgery. In 2001 he became a founding member of The Sierra Pacific Orthopedic Clinic in Fresno, California. Jerry enjoys practicing general orthopedics and specializes in sports-related injuries, fractures, total joint replacement, work-related injuries, and trauma. He is board-certified by the American Board of Orthopaedic Surgery and is an active member of the American Academy of Orthopaedic Surgeons, Western Orthopaedic Association, California Medical Association, and the Fresno-Madera Medical Society. He also serves on the Medical School Advisory Board for Creighton University.

In addition to his medical commitments, he enjoys travel, hiking, water skiing, golf, and spending time with his wife and three children. Jerry and his wife, Marianne, have been married for 20 years. He and his family are parishioners of St. Paul Newman Center in Fresno, California.