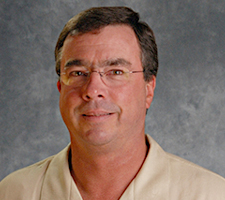 Dr. Hanson received his Bachelor of Science degree in physiology at the University of California, Davis. From there, he went on to earn his medical degree at Loma Linda University School of Medicine. A surgical internship was completed at Kern Medical Center in Bakersfield, California. He completed four years of orthopedic residency at Loma Linda University. Dr. Hanson’s private practice opened in January 1989, after six months of service in the Orthopedic Traumatology Department at the Loma Linda affiliated County Medical Center in Riverside, California.

Dr. Hanson’s practice focuses on sports medicine and adult reconstructive surgery with emphasis on the shoulder and knee. He has been a team physician at Fresno State University since 1991 and head team physician since 1996. Consulting team physician are ongoing with Fresno Grizzlies/San Francisco Giants. With his two brothers, Dr. Hanson was raised in Northern Thailand where his parents were medical missionaries for 10 years. Both of Dr. Hanson’s parents are physicians, having retired after many years of practice in Fresno. Along with church activities and yearly mission trips to Thailand, his interests include backpacking, telemark skiing, golfing, and spending time with his wife, Darlene, daughters Lauren and Allison, Lauren’s husband, DJ, and Allison’s husband, Jesse. They have been blessed with two grandchildren, Jedidiah and Riley.