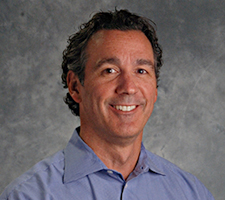 Dr. Toby R. Johnson is a native of the Central Valley, moving to Fresno as an infant. After graduating from Bullard High School, he attended the University of California, Berkeley, where he received his Bachelor of Science degree in business administration. He briefly worked as an analyst before deciding to pursue a career in medicine.

Dr. Johnson moved to New York to earn a degree in medicine at Cornell University Medical College. An internship brought him to San Francisco, California, where he completed a year of general surgery at the University of California, San Francisco. Following his year in San Francisco, he became a resident in orthopedic surgery at the University of Miami. Following his orthopaedic training in Florida, Dr. Johnson moved to Pittsburgh, Pennsylvania, and completed a one year fellowship in hand and upper extremity surgery at Allegheny General Hospital.

Dr. Johnson returned to Fresno in 2005, became board-certified by the American Board of Orthopaedic Surgery in 2007, and also received a Certificate of Added Qualification for Hand Surgery in 2009. He is still accepting new patients and specializes in disorders of the upper extremity—hand, elbow, and shoulder.

Dr. Johnson and his wife, Michele, live in Fresno with their three children and enjoy a variety of outdoor activities, including biking and skiing.