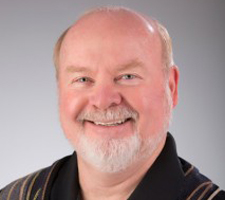 Timothy Van Dyne is a native of Fresno, living here with his wife for over 50 years. He did all of his pre-medical education here in the Valley, at Fresno State. Prior to his medical education he served in Vietnam and was a hospital corpsman specializing in Cardio-Pulmonary Technology in the 1960s. After leaving Navy Service he got married, worked at Community Hospital for a period of time, then started the Respiratory Therapy Department at Sierra Hospital. After working in Respiratory Therapy, he realized that medicine and surgery were his passion. He attended the California College of Podiatric Medicine, graduating in the top of his class in 1976. Dr. Van Dyne also attended Stanford for Dermatology and University of California Medical School for Radiology.

Dr. Van Dyne taught Respiratory Therapy at Bay City College and worked at Peninsula Hospital as head of the Respiratory Therapy Department in the evenings all through medical school. During medical school he tutored Anatomy, Physiology and Histology and was a teaching assistant in all of those classes. After his medical education was complete, he came back to Fresno where his parents and in-laws were living and started his medical practice. Early in his practice he worked with the American Heart Association where he taught CPR to other doctors and the general public. Later he became a lecturer for the Emergency Practices Seminar in the Hawaiian Islands for several years. The doctor also taught at Fresno State in RCFE for the elderly, for people who wanted to be licensed in care homes for the elderly. In the early 1980s Dr. Van Dyne became a pilot and began flying for the Fresno County Sheriff’s Air Squadron, where they fly search and rescue missions. He was elected Commander of The Air Squadron for 1999, and is still involved with them today, flying his Cessna 210 airplane. For relaxation he loves tennis, golf or archery and enjoys driving around in his 1954 Willis Jeep, which he has fully restored.